I had this post started several weeks ago. Then I deleted it. And waited. You see, my youngest two were in a good place together a few weeks ago. For a short while. And the sound of laughter was something we hadn’t heard from them in quite a while. The two siblings. Separated (within our home) in months and years… END_OF_DOCUMENT_TOKEN_TO_BE_REPLACED

Music is one of the great joys of my life. I have a degree in vocal performance and have always been active as a church musician. The last couple of years we have been at a very contemporary church where there is no place for me in the music ministry. And I’m okay with that. I have enjoyed this “season”… END_OF_DOCUMENT_TOKEN_TO_BE_REPLACED

This precious letter from a mother to daughter on her wedding day is filled with memories and photos through the years, and gift ideas for the perfect wedding! (At the end of this post I’ve included some of my favorite inexpensive gift ideas for your daughter on her special day.)  **You can also read my letter to my son on… END_OF_DOCUMENT_TOKEN_TO_BE_REPLACED

I was saved when I was 11 and baptized at the same time as my brother. It was probably appropriate that I was saved at a Truth concert at our church because music has always been an important part of my life. Through the years music has remained a constant joy for me, whether performing or teaching or directing. God… END_OF_DOCUMENT_TOKEN_TO_BE_REPLACED

October 2nd is a sad anniversary for my family. 2009 will mark the 9th anniversary of my sister’s death. In June of 2000 our family went from four to seven with the adoption of 3 siblings. Major adjustments, chaotic life. Four months later my only sister Brenda died from a heart attack. Grief, shock, disbelief, utter pain. She was only… END_OF_DOCUMENT_TOKEN_TO_BE_REPLACED

I have been so touched and saddened by the Reactive Attachment Disorder blogs I have read lately. The struggles and absolute heartache are quite evident. These are people full of faith in God and their children. And yet it hurts. It is harder than anything they’ve ever done before. I know this road. I’ve been there.  I want to be… END_OF_DOCUMENT_TOKEN_TO_BE_REPLACED 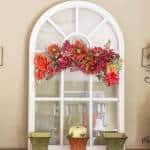