You are here: Home / family / adoption / Eulogy for my Sister
This post may contain affiliate links which won’t change your price but will share some commission. 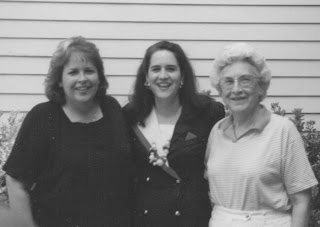 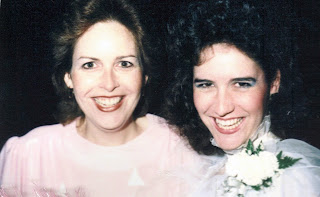 October 2nd is a sad anniversary for my family. 2009 will mark the 9th anniversary of my sister’s death. In June of 2000 our family went from four to seven with the adoption of 3 siblings. Major adjustments, chaotic life. Four months later my only sister Brenda died from a heart attack. Grief, shock, disbelief, utter pain. She was only 53 years old, and I couldn’t believe we were burying my sister. Her only daughter Jennifer was devastated. I couldn’t comprehend such a loss. Still can’t. But I never doubted or questioned God’s love and faithfulness to me. I believed and KNOW she’s in a better place. I miss her terribly, especially taking on all I have with my parents and then my dad’s death in February. Tonight I grieve. And remember. And thank God for the gift she was to me.

Here is the eulogy I gave at her funeral:

For those of you who know me, you know that my background is in singing and drama. I have participated in many, many funerals over the years, but today’s will be my hardest because I say goodbye to my sister and friend, Brenda Cathcart. I wanted her friends and family gathered here today to know the special woman I called my sister and friend.

My sister was 15 years old when I was born, and I’m sure my birth caused her much grief and embarrassment because she had to help change my diapers and pick up toys and chase after a precocious little toddler. I’m sure I was a real help to her when she started dating! When she got married at the age of 19 she wanted me to be her flower girl, but I was too shy and fell asleep in the pew instead. She later became amazed along with the rest of my family when I became a performer who was very comfortable in the spotlight. My sister and I later began our journey of sisterhood and friendship when I used to spend the night with her when I was around 11 years old. We would ride around town in her yellow bug singing, “I’m Popeye the Sailor Man, toot-toot”, and toot-toot became her nickname for me. When I was 18, my dear niece Jennifer was born. I would come to her house after school and watch her bathe Jennifer and love her, and we bonded over her newfound motherhood. Brenda knew that if anything ever happened to her I would take Jennifer as my own and love her with all of my being. That is still true today.

Brenda was my matron of honor when I married my husband Tim 13 years ago. She was at the hospital when my first daughter Rachel was born. Four years later she kept Rachel when I gave birth to my son Joshua. My children could not have asked for a better aunt or a kinder friend. She was my confidante, partner in crime, yard sale negotiator, and most of all, my encourager. This past weekend we had the unusual task of taking a 24-hour trip to the beach and back. We spent 4 hours int he car talking and sharing and laughing and crying. We had our first sleepover by staying the night in a hotel and enjoying a quiet seafood dinner. As we drove back from the beach on Saturday, we called each other on the cell phone when we passed a yard sale and threatened to pull over each time. God gave me this precious gift of time to appreciate the woman I call my sister and friend. Her final email to me was a note of encouragement regarding our adoption of the three children that will make our family complete. She believed we were crazy but she also empowered me by believing I could do anything. For each of you who knew my sister, that was her greatest gift to each of us. She made us feel important, valuable and encouraged us even when her own life was full of discouragement. So many of you have told me that she was your best friend. That’s just the way she made us feel. The dictionary defines friend as a person whom one knows well and is fond of;a person on the same side in a struggle; a supporter or sympathizer. My sister was all those things and more. I thank God for the privilege of calling her my friend.

As the shock and grief continues to overwhelm my family, I take comfort in knowing my sister is in heaven rejoicing in her Savior at this very moment. I know because 2 years ago I asked her if she died that day, did she know where she would go. She told me she believed she would be in heaven with Jesus. If I asked each one of you today that very same question, would your response be the very same? There is a heaven and a hell and there is a God who loves you so much He gave His only Son to die for you. There can be nothing greater to be said of my sister’s life than that her death gave someone else a chance at eternal life. As we have discovered, there are no guarantees about tomorrow.