You are here: Home / faith / Mother’s Day Loss
This post may contain affiliate links which won’t change your price but will share some commission.
I shared the story of my mother’s death at our church this past Mother’s Day and I thought I’d share it here for those of you that may not be familiar with my story. 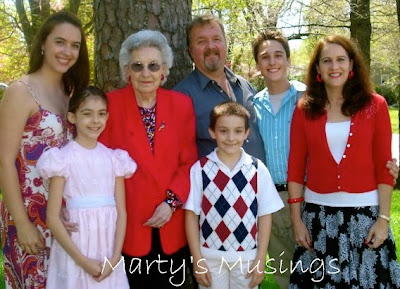 Over the last 3 years of my parents’ lives I was responsible for their care even while they were in a nursing home, with my dad passing away in February 2009. It was an extremely long, exhausting, humbling journey. After my dad died my mom moved to an assisted living facility. She had a couple of serious bouts of acute illness where we didn’t think she would survive, the last of which was pneumonia in early October 2010. Somehow my mom managed to come through each setback. However, this last time dementia hit her with a vengeance. Her memory and awareness of where she was, both in place and time, was affected.
It was a frustrating and painful thing to watch her deteriorate over several weeks. She began to come alive at night with her mind telling her body to do things it shouldn’t be able to do physically. She was not the dignified and proper woman I knew all my life.
On December 23rd, 2010, I spent the evening at her bedside, just like I had every day for the previous three months. Since I didn’t know how much time she had left my desire was to be as faithful to my mom as she was to our family. The night she died she put her hands together, much as a little child would do, and I saw her lips moving with no words coming out. She then looked at me and said about herself: I worry too much, I think too much and I don’t trust enough. She told me to pray that she would have the strength to accept whatever happened. I prayed with her and told her I loved her just as I did almost every time I left her those last three years.
Around 4:00 am Christmas Eve morning Tim heard the cell phones ring. Neither of us heard those first calls (from the facility director, hospice and the emergency room). When I finally spoke to the ER I was told my mom had wandered outside and the staff had found her in the grass. She was lying outside the front door with only a nightgown and no coat or shoes. Her body temperature was down to 82 degrees so she had been outside for quite a while. They wanted to know if I wanted her on a breathing tube and I said no because she didn’t want heroic measures taken. Tim and I threw on our clothes and headed to the hospital. When we were told the chaplain would be with us in a moment I knew she was gone. She never regained consciousness after they found her outside in the freezing cold.
Even though I knew my mother was dying, I never imagined her dying alone, frozen and huddled on the ground outside her facility’s front door.  During the dark uncharted days following her death God showed Himself to be merciful and compassionate, providing a rock for me in times of storm. As I tried to honor my mom in death as I desired to in life I clung to the words of the old hymn It is Well.  “When peace, like a river, attendeth my way, When sorrows like sea billows roll; Whatever my lot, thou has taught me to say, It is well, it is well, with my soul.” Tim and I sang this precious hymn at my mother’s funeral and I know, even on this Mother’s Day, she is watching over us and telling me, it is well. 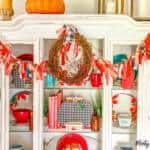