You are here: Home / 365 day album / Project Life June 2012 Week 2
This post may contain affiliate links which won’t change your price but will share some commission.
For this week’s Project Life layout I thought I’d add a couple of layouts from years past. 2009 was the first year Becky Higgins produced a Project Life Kit. I dilly dallied so by the time I was ready to order they were sold out. Not to be daunted, I bought sheet protectors at the craft store and made by own journaling cards. For 365 days. Cutting the cardstock and notebook paper. Glueing them together. Oh.my.word. That was a task! Even made my own day of the week stickers. These pages are the same idea but definitely homemade. Guess what? I still love them. I am instantly transported back to July 2009. 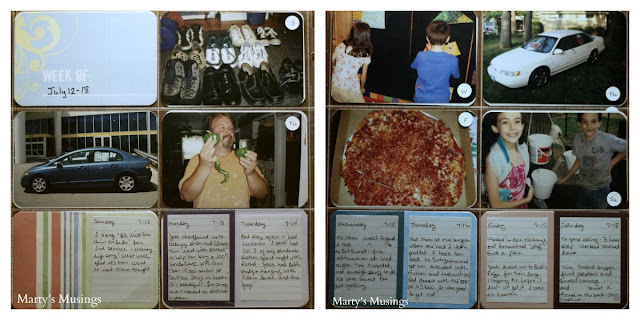 As I realized this week, I have been shooting pictures of food for as long as I’ve had a camera! Maybe my ambition should be to be a food photographer. Which would be great as long as I didn’t have to cook it myself.

On to 2010. This year I bought the Project Life kit. Thank goodness. It was worth every penny. The layout doesn’t require any explanation. Just a week in the life in July 2010. 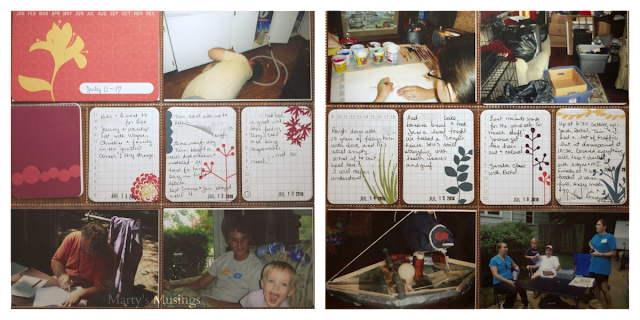 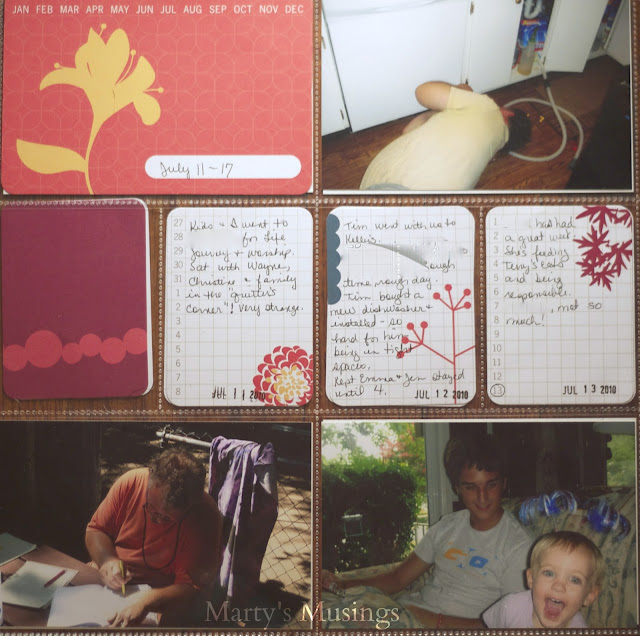 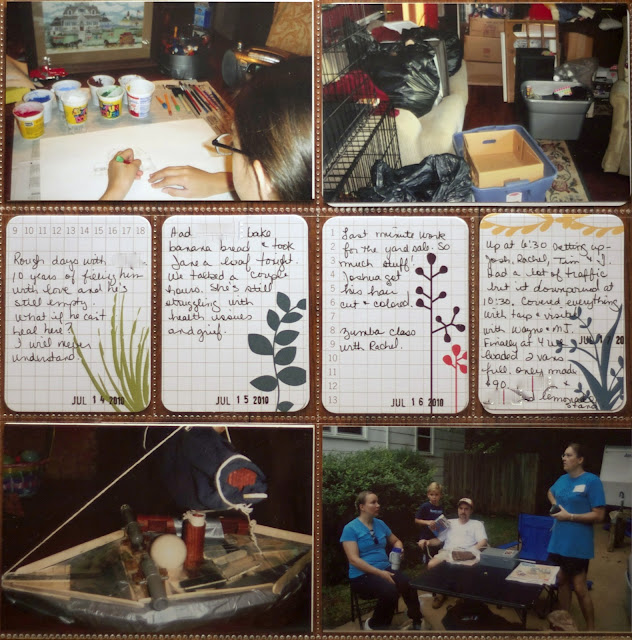 On to 2011. I believe this year you could buy the Project Life kit elements separately and I did. To me the most important part is the journaling cards and weekly cards. Just a week in the life in July 2011. 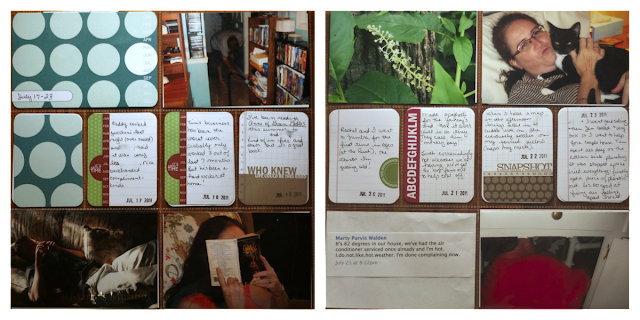 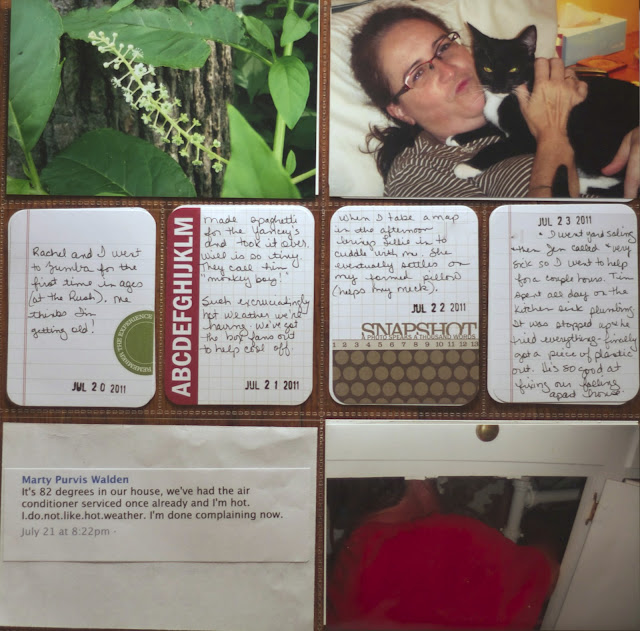 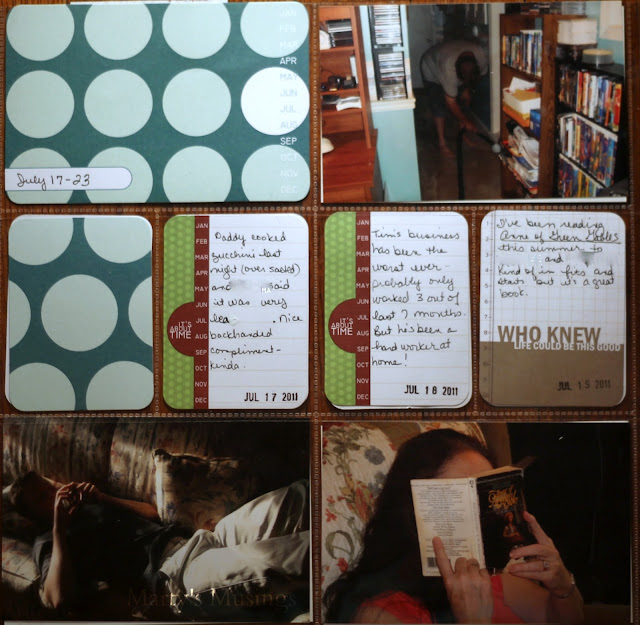 On to 2012. Here is a layout from June that is very simple. I used page protectors that allowed both vertical and horizontal photos. 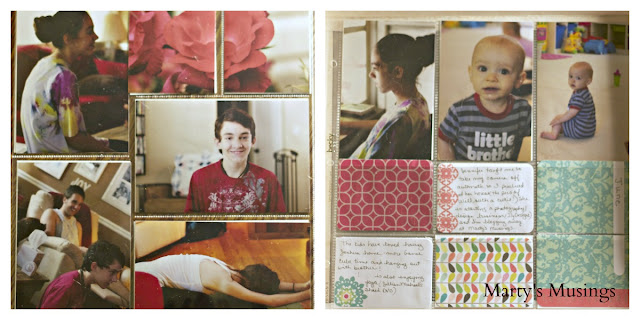 I cut a 4×6 photo in half to fit in the two 2×3 journaling spots on this layout. 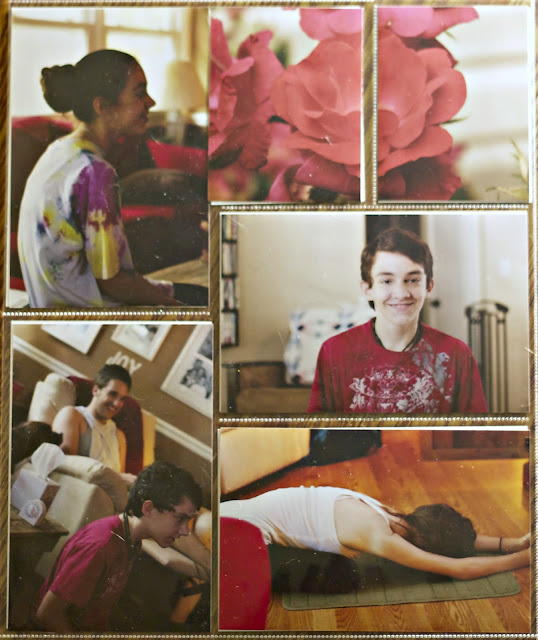 I used some colorful 2×3 cards for the journaling, but I turned them sideways to fit perfectly. 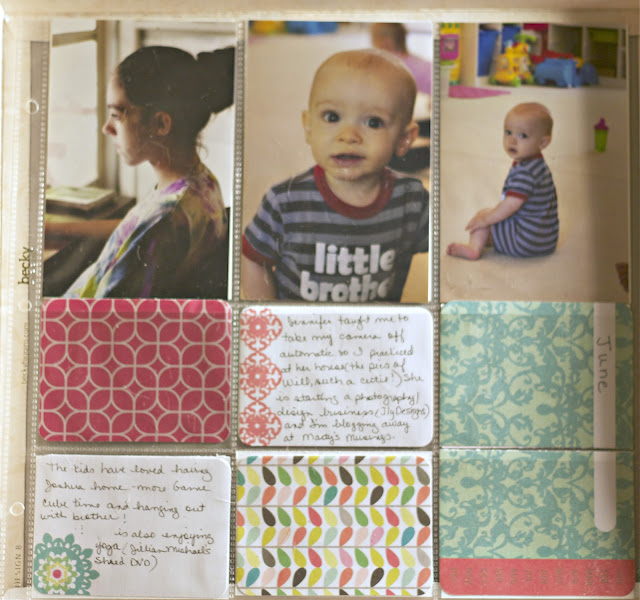 If you made it all the way from 2009 to 2012 I appreciate you! Lots of photos and lots of life lived to the fullest! 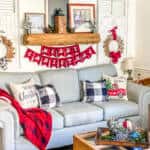