This post may contain affiliate links which won’t change your price but will share some commission.
I could find pictures from every vacation we’ve ever taken since adopting and find matching pictures to the ones below. Our RAD children heal slowly but find comfort in old behaviors. You know, the ones that send their trauma mamas into orbit. I decided to blog about it this year because it is so consistent with my son’s beliefs and fears. Walk with me through our vacation photos.
To begin with, vacation causes M great stress. He frets about it, obsessively things about it and refuses to admit he is anxious.
Here my son is ignoring me and my camera. 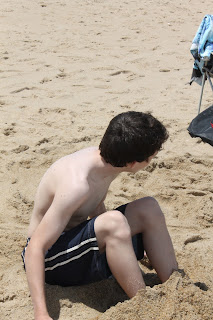 Shoulders slumped, eyes on the ground. 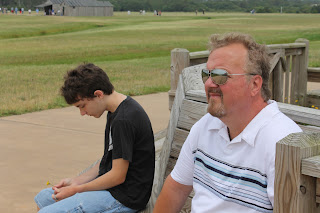 When told to pose like the statue, this is what M did. My oldest son Joshua would have just told me no. (Which would have been okay. I would have begged him and gone on.) Not M. He acts like he’s going to do what I say, then just does the opposite, always with a befuddled look on his face. 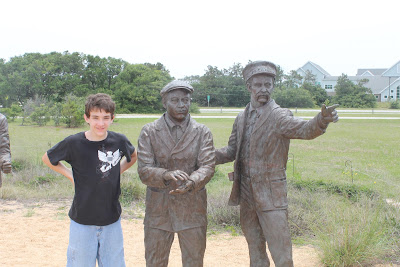 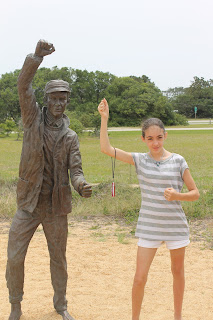 Okay, let me demonstrate what I was talking about. 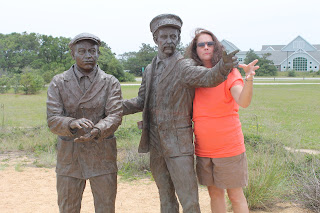 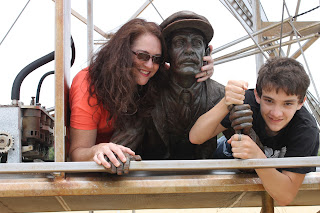 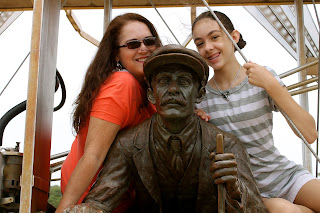 Now, you want me to do what? (After everyone has demonstrated the instructions M still has to be slightly different. Same confused look on his face.) 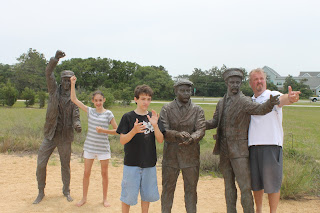 Now on to family picture taking night. We take group shots and then just all jump in and quickly take some photos of individuals, girls/guys, etc.
Here my M is looking at me like I have four heads. 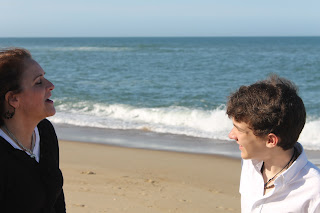 Here I’m ready to strangle him because he is so uncomfortable with himself and affection. 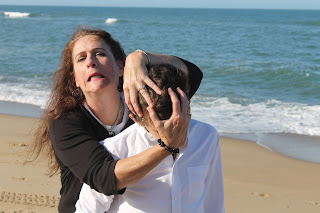 Can you see the wall of resistance in this picture? It was HIS suggestion to take a pic of the two of us yet in normal passive aggressive fashion he squints his eyes and looks uncomfortable. In the years before puberty we should have established our physical bond. Even with years of therapy and hugs, my son is still uncomfortable with himself and me. I can only pray it gets better. 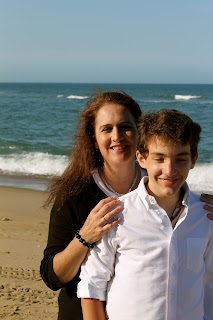 M and his new RAD friend. (Apparently the food is fascinating.) 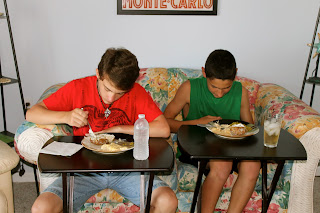 I realize that this all seems nit picky. It is. But it’s the only way my attachment challenged son can express his anxiety and fear. By being manipulative, playing dumb and acting like an orphaned child. My son is NOT dumb but he plays it as a coping mechanism. My son is NOT an orphan. He is loved and wanted, but there is such a difference between him and his sister. She used to have these SAME behaviors until she did the work to attach and believe and transform.

Why would I put all this nonsense out on the web? Because I believe there are moms out there who need to know they are not alone, that I share their frustrations and fears and discouragement. I put it out there to face possible criticism because it’s important to see true healing taking place (my daughter) even if her brother hasn’t come as far. To know that perseverance counts for something. 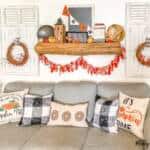